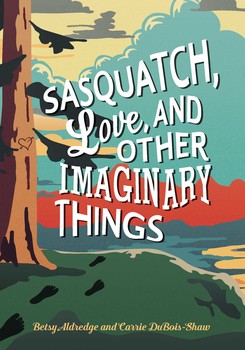 By Betsy Aldredge and Carrie DuBois-Shaw

Pride and Prejudice meets Animal Planet’s Finding Bigfoot in this humorous and heartfelt debut about a loving, quirky family on the hunt for the mythical Sasquatch.

Hunting for monsters was never so awkward.

It’s bad enough that Samantha’s parents, charter members of the Northern Ohio Bigfoot Society, have dragged their daughter around forever, hunting for yetis. But now they’re doing it on national TV, and worse, in front of an aristocratic prep-school crew including a boy who disdains Samantha’s family.

But when he scorns her humble Ohio roots, she becomes determined to take him down. As they go to war, their friction and attraction almost distract them from the hint that Sasquatch may actually be out there somewhere…

Which YA Retelling Should You Read Next?
Caroline Osborn November 12, 2019

Like Hellworld by Tom Leveen? Try This!
Jill Hacking August 24, 2017
See All Posts

11 Books From Middle School That You'll Want to Read Again