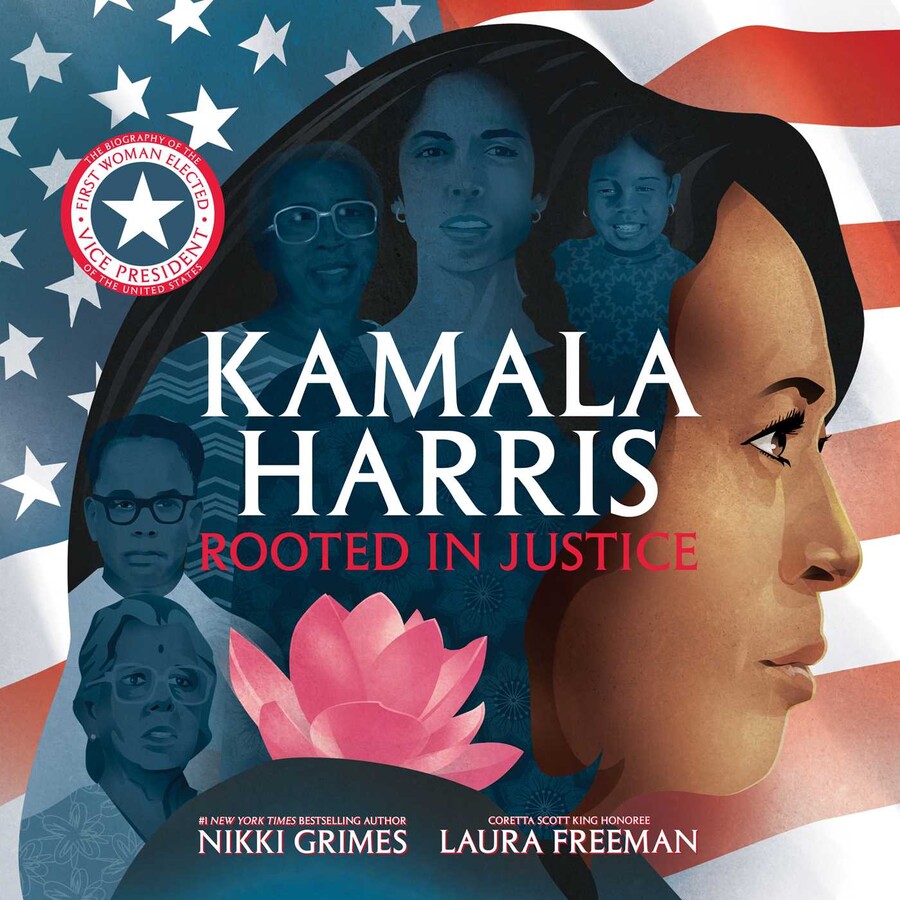 Discover the incredible story of a young daughter of immigrants who would grow up to defend the rights of people everywhere in this moving picture book biography of Senator Kamala Harris.

When Kamala Harris was young, she often accompanied her parents to civil rights marches—so many, in fact, that when her mother asked a frustrated Kamala what she wanted, the young girl responded with: “Freedom!”

As Kamala grew from a small girl in Oakland to a senator running for president, it was this long-fostered belief in freedom and justice for all people that shaped her into the inspiring figure she is today. From fighting for the use of a soccer field in middle school to fighting for the people of her home state in Congress, Senator Harris used her voice to speak up for what she believed in and for those who were otherwise unheard.

Told in Nikki Grimes's stunning verse and featuring gorgeous illustrations by Laura Freeman, this picture book biography brings to life a story that shows all young people that the American dream can belong to all of us if we fight for one another.

Upcoming Books by Black Authors That We Can’t WAIT for You to Read!
The Riveted Team August 18, 2020

Pick a Zac Efron and Get a Book Recommendation!