With the reads we have lined up for this week, we just KNOW you’re going to discover something you’ll love!

Let’s begin with the extended excerpt of Kyra Leigh’s Reaper, which will be available in bookstores everywhere tomorrow (May 9)! What would you give up if a life hung in the balance? When sixteen-year-old Rosie Wolf dies, she learns that she must reap three souls before she can move on to Paradise. But nothing is ever simple when love, life, and death are involved—especially when they’re intertwined.

Next we’re celebrating the five year anniversaries of three amazing books from three amazing authors! These are books that you may have missed when they were new, but we’ve reread them and guarantee they’re still just as riveting now. Enjoy the full reads of In Honor by Jessi Kirby, Clean by Amy Reed, and Second Chance Summer by Morgan Matson. In Honor explores loss, friendship, and romance. Clean follows five teens and their self-discovery in rehab. And Second Chance Summer examines the power of family, hope, and heartbreak.

Plus, last week’s reads are still available for one more week! First, there’s the extended excerpt of Jenny Han’s Always & Forever, Lara Jean (the third book in Jenny’s To All the Boys I’ve Loved Before trilogy that surprised everyone when it was announced). Then there’s the extended excerpt of One Cut by Eve Porinchak (the first book in the new Simon True series that follows “Real stories. Real teens. Real crimes.”). Next, there’s the extended excerpt of the delightful Love & Gelato by Jenna Evans Welch (the New York Times bestselling novel about a girl who spends a summer in Italy). Finally there are the full reads of Rebecca Serle’s When You Were Mine (a very creative retelling of Romeo & Juliet) and Anna Davies’ Wrecked (a reimagining of The Little Mermaid)! 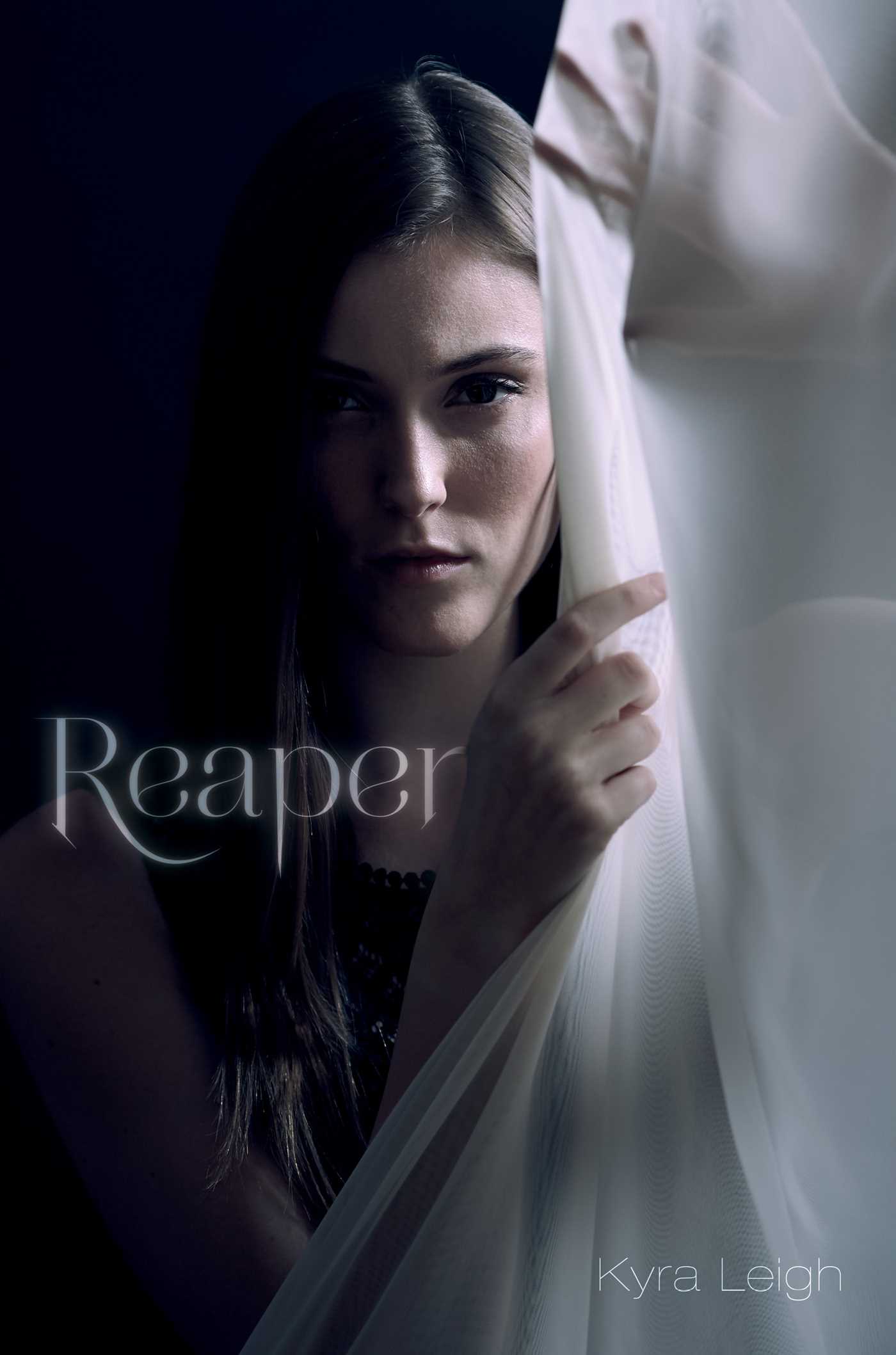 Sixteen-year-old Rosie Wolf is sure when you die, you go straight to Paradise, until she wakes to discover she has died in an accident and that Paradise isn’t what she thought it would be.

Rosie Wolf was sure that when her dad died, he went to Paradise. After all, isn’t that where everyone went? But when Rosie wakes up in a strange hospital bed and finds out that she’s died in an accident, she learns things aren’t always what you think they will be.

Now her father feels further away than ever, and Rosie is left to deal with the Grim Reaper, who isn’t a man in a black cloak, but a beautiful woman with a bad attitude. The Grim Reaper tells Rosie that before she can move on to Paradise, she has to go back down to Earth and collect three souls. But Rosie quickly realizes it’s not so simple.

To complicate matters, Rosie meets Kyle, a boy who is different than anyone she’s ever known. He’s cute, smart, and funny. Rosie’s been warned to stay away from the living, but she doesn’t want to. What will happen if she doesn’t? 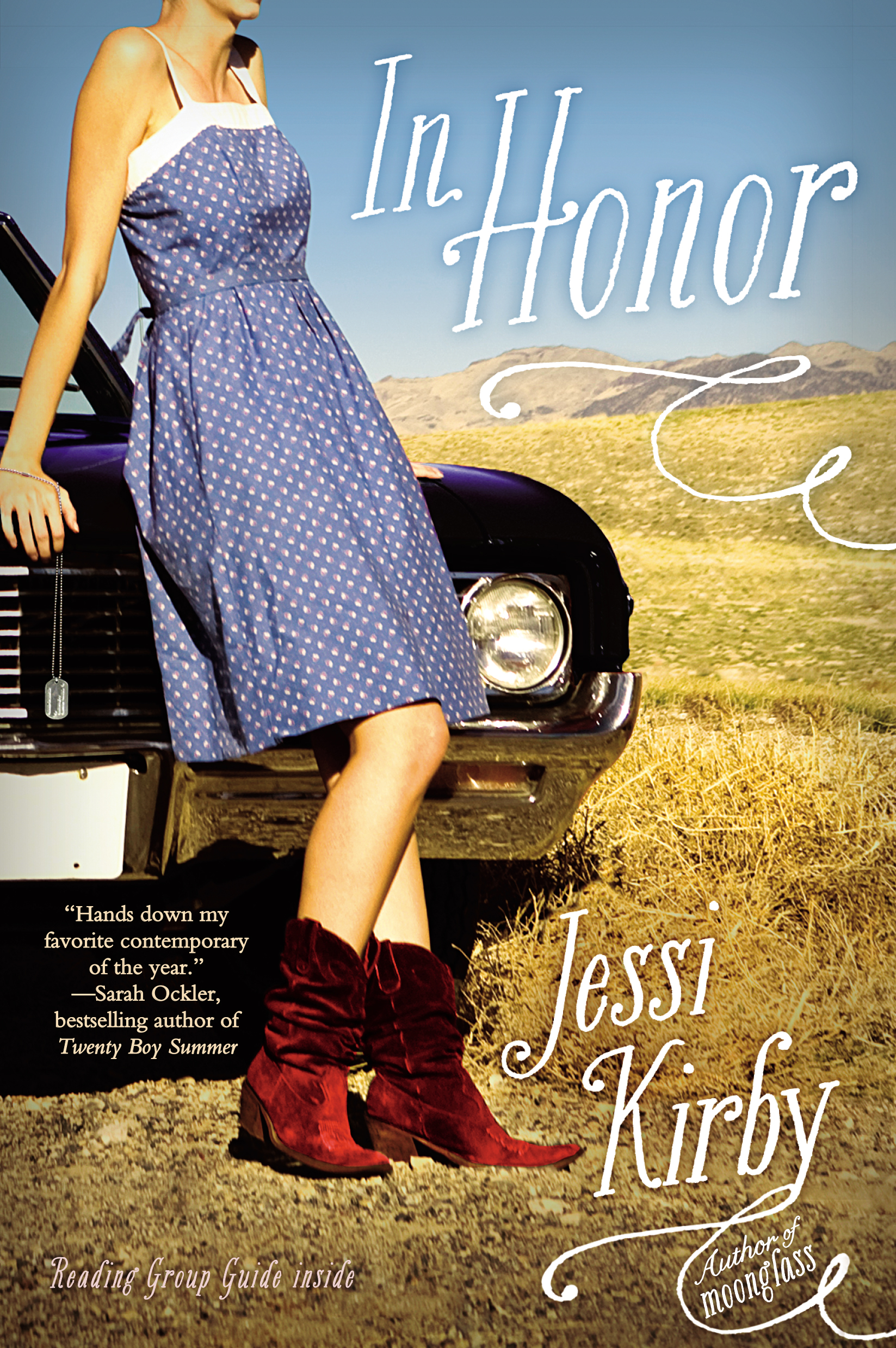 A devastating loss leads to an unexpected road trip in what Sarah Ockler calls a “beautiful, engaging journey with heart, humor, and just a pinch of Texas sass.”

Three days after learning of her brother Finn’s death, Honor receives his last letter from Iraq. Devastated, she interprets his note as a final request and spontaneously sets off to California to fulfill it. At the last minute, she’s joined by Rusty, Finn’s former best friend.

Rusty is the last person Honor wants to be with—he’s cocky and obnoxious, just like Honor remembers, and she hasn’t forgiven him for turning his back on Finn when he enlisted. But as they cover the dusty miles together in Finn’s beloved 1967 Chevy Impala, long-held resentments begin to fade, and Honor and Rusty struggle to come to terms with the loss they share.

As their memories of Finn merge to create a new portrait, Honor’s eyes are opened to a side of her brother she never knew—a side that shows her the true meaning of love and sacrifice. 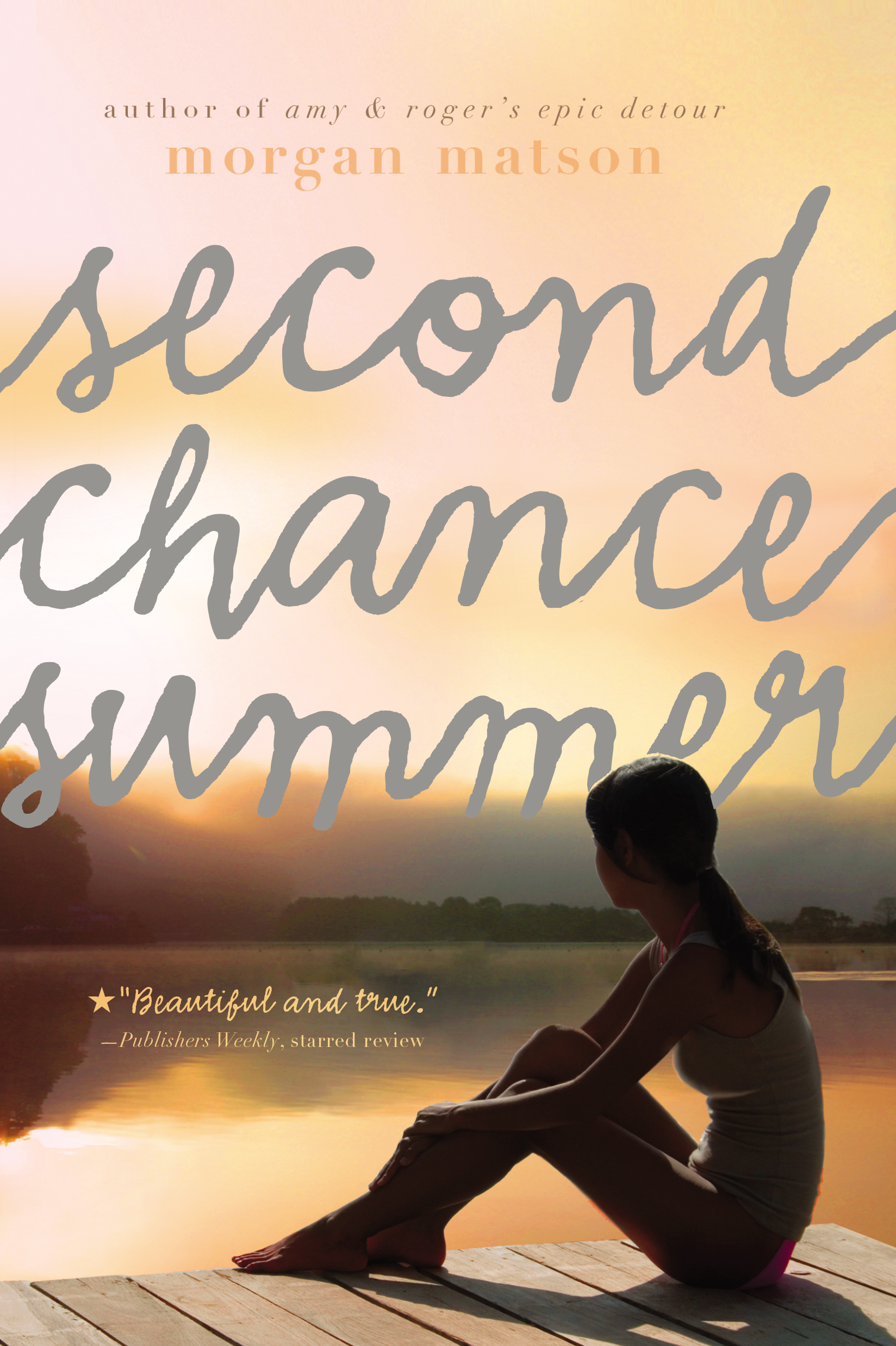 Sandwiched between two exceptional siblings, Taylor Edwards never felt like she stood out—except for her history of running away when things get too complicated. Then her dad receives unexpected, terrible news, and the family makes the last-minute decision to spend the summer together in the cramped quarters at their old lake house.

Taylor hasn’t been to the summer house since she was twelve, and she definitely never planned on going back. Up at the lake she is confronted with people she thought she left behind, like her former best friend, Lucy, and Henry Crosby, her first crush, who’s all grown up…and a lot cuter. Suddenly Taylor is surrounded by memories she’d rather leave in the past—but she can’t run away this time.

As the days lying on the beach pass into nights gazing at the stars, Taylor realizes she has a second chance—with friends, with family, maybe even with love. But she knows that once the summer ends, there is no way to recapture what she stands to lose. From Morgan Matson, the PW Flying Start author of Amy & Roger’s Epic Detour, this is a remarkable novel about hope in the face of heartbreaking grief. 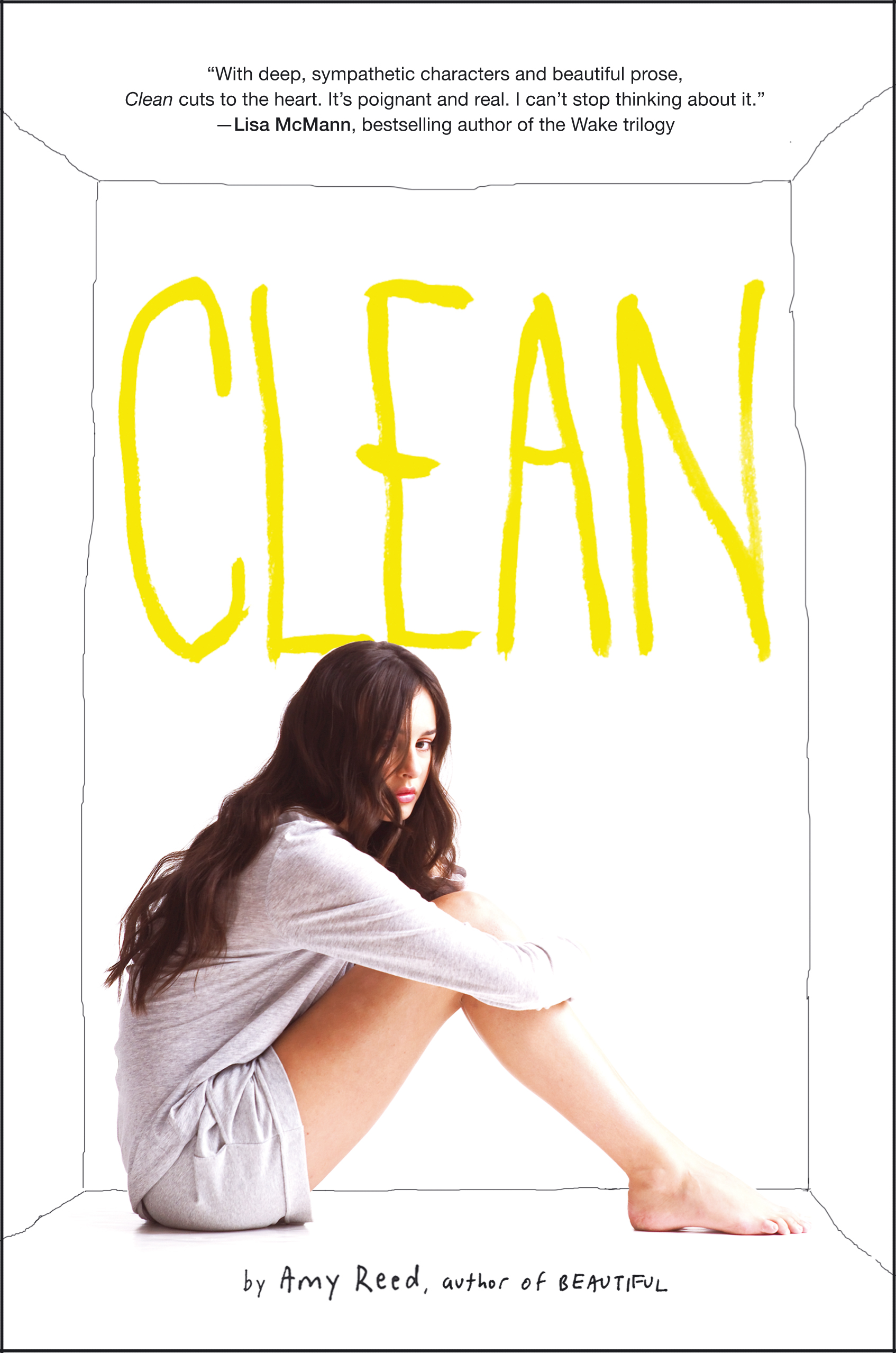 From the author of Beautiful, a poignant, captivating novel about five teens in rehab.

Olivia, Kelly, Christopher, Jason, and Eva have one thing in common: They’re addicts. Addicts who have hit rock bottom and been stuck together in rehab to face their problems, face sobriety, and face themselves. None of them wants to be there. None of them wants to confront the truths about their pasts. And they certainly don’t want to share their darkest secrets and most desperate fears with a room of strangers. But they’ll all have to deal with themselves—and one another—if they want to learn how to live. Because when you get that high, there’s nowhere to go but down, down, down. 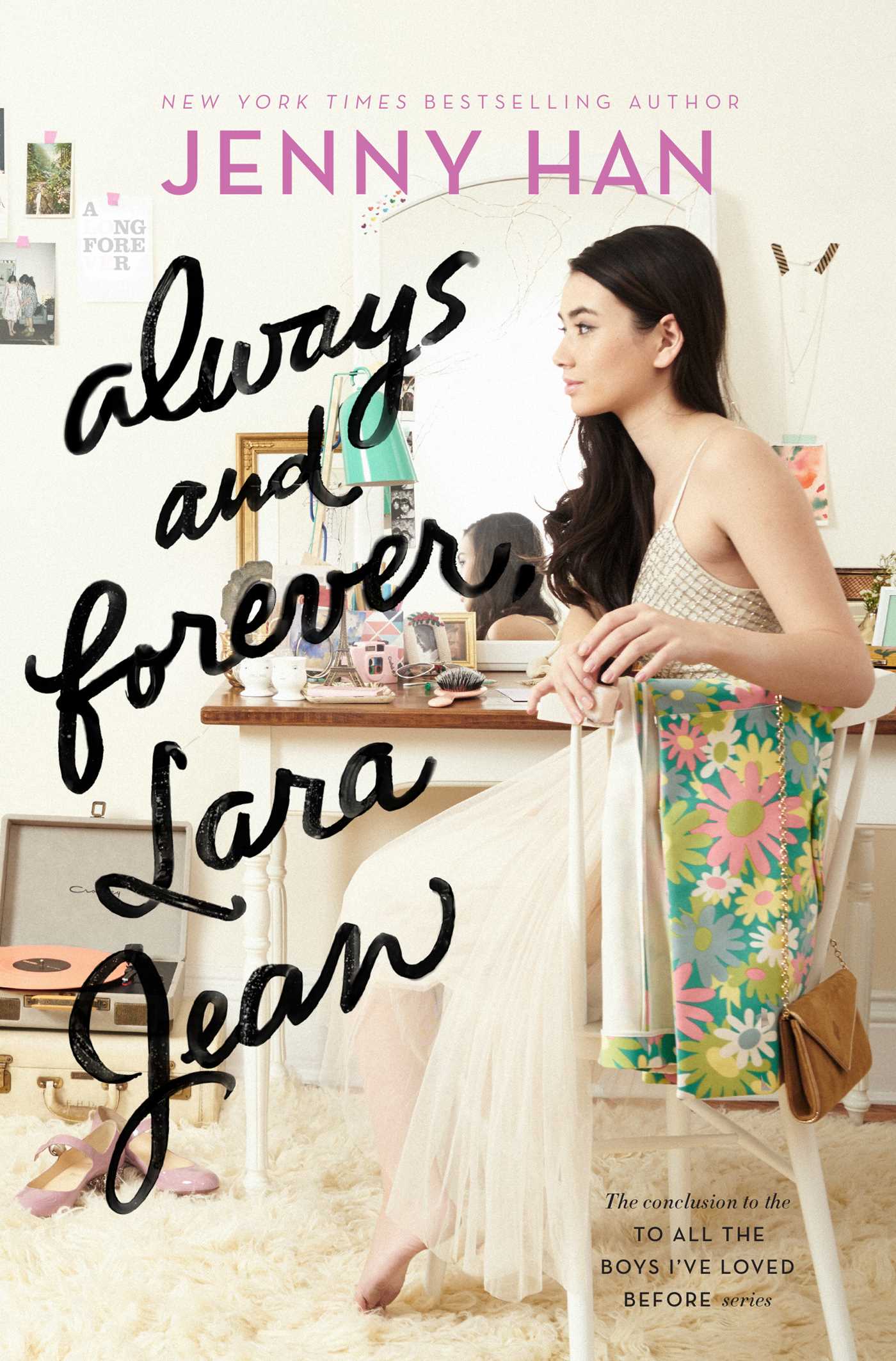 Lara Jean’s letter-writing days aren’t over in this surprise follow-up to the New York Times bestselling To All the Boys I’ve Loved Before and P.S. I Still Love You.

Lara Jean is having the best senior year a girl could ever hope for. She is head over heels in love with her boyfriend, Peter; her dad’s finally getting remarried to their next door neighbor, Ms. Rothschild; and Margot’s coming home for the summer just in time for the wedding.

But change is looming on the horizon. And while Lara Jean is having fun and keeping busy helping plan her father’s wedding, she can’t ignore the big life decisions she has to make. Most pressingly, where she wants to go to college and what that means for her relationship with Peter. She watched her sister Margot go through these growing pains. Now Lara Jean’s the one who’ll be graduating high school and leaving for college and leaving her family—and possibly the boy she loves—behind.

When your heart and your head are saying two different things, which one should you listen to? 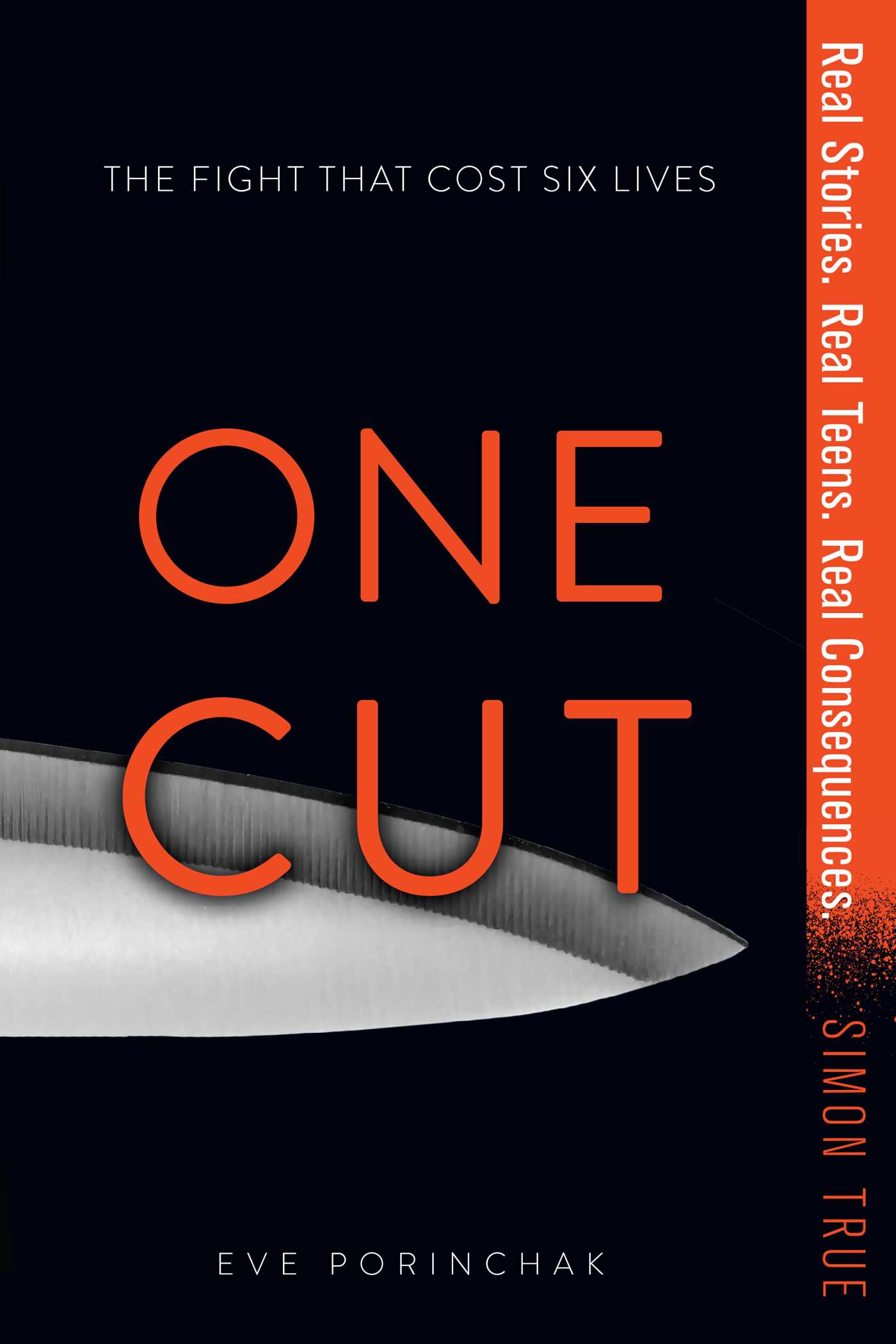 On May 22, 1995 at 7 p.m. sixteen-year-old Jimmy Farris and seventeen-year-old Mike McLoren were working out outside Mike’s backyard fort. Four boys hopped the fence, and a fight broke out inside the dark fort made of two-by-four planks and tarps. Within minutes, both Mike and Jimmy had been stabbed. Jimmy died a short time later.

While neighbors knew that the fort was a local hangout where drugs were available, the prosecution depicted the four defendants as gang members, and the crime as gang related. The accusations created a media circus, and added fuel to the growing belief that this affluent, safe, all-white neighborhood was in danger of a full-blown gang war.

Four boys stood trial. All four boys faced life sentences. Why? Because of California’s Felony Murder Rule. The law states that “a death is considered first degree murder when it is commissioned during one of the following felonies: Arson, Rape, Carjacking, Robbery, Burglary, Mayhem, Kidnapping.” In other words, if you—or somebody you are with—intends to commit a felony, and somebody accidentally dies in the process, all parties can be tried and convicted of first degree murder and sentenced to life without parole, even if nobody had any intention of committing a murder.

What really happened that day? Was it a case of robbery gone wrong? Gang activity? Or was it something else?

A summer in Italy turns into a road trip across Tuscany in this sweeping debut novel filled with romance, mystery, and adventure.

Lina is spending the summer in Tuscany, but she isn’t in the mood for Italy’s famous sunshine and fairy-tale landscape. She’s only there because it was her mother’s dying wish that she get to know her father. But what kind of father isn’t around for sixteen years? All Lina wants to do is get back home.

But then Lina is given a journal that her mom had kept when she lived in Italy. Suddenly Lina’s uncovering a magical world of secret romances, art, and hidden bakeries. A world that inspires Lina, along with the ever-so-charming Ren, to follow in her mother’s footsteps and unearth a secret that has been kept from Lina for far too long. It’s a secret that will change everything she knew about her mother, her father—and even herself.

People come to Italy for love and gelato, someone tells her, but sometimes they discover much more. A mysterious stranger holds the key to Miranda’s fate in this contemporary retelling of “The Little Mermaid.”

Ever since the death of her parents, Miranda has lived on Whym Island, taking comfort in the local folklore, which claims a mysterious sea witch controls the fate of all on the island and in its surrounding waters. Sometimes it’s just easier to believe things are out of your control.

But then a terrible boating accident takes the lives of several of her friends, and Miranda is rescued by a mysterious boy who haunts her dreams. Consumed by guilt from the accident, she finds refuge in late-night swims—and meets Christian, a boy who seems eerily familiar, but who is full of mystery: He won’t tell her where he is from, or why they can only meet at the beach. But Miranda falls for him anyway…and discovers that Christian’s secrets, though meant to protect her, may bring her nothing but harm.