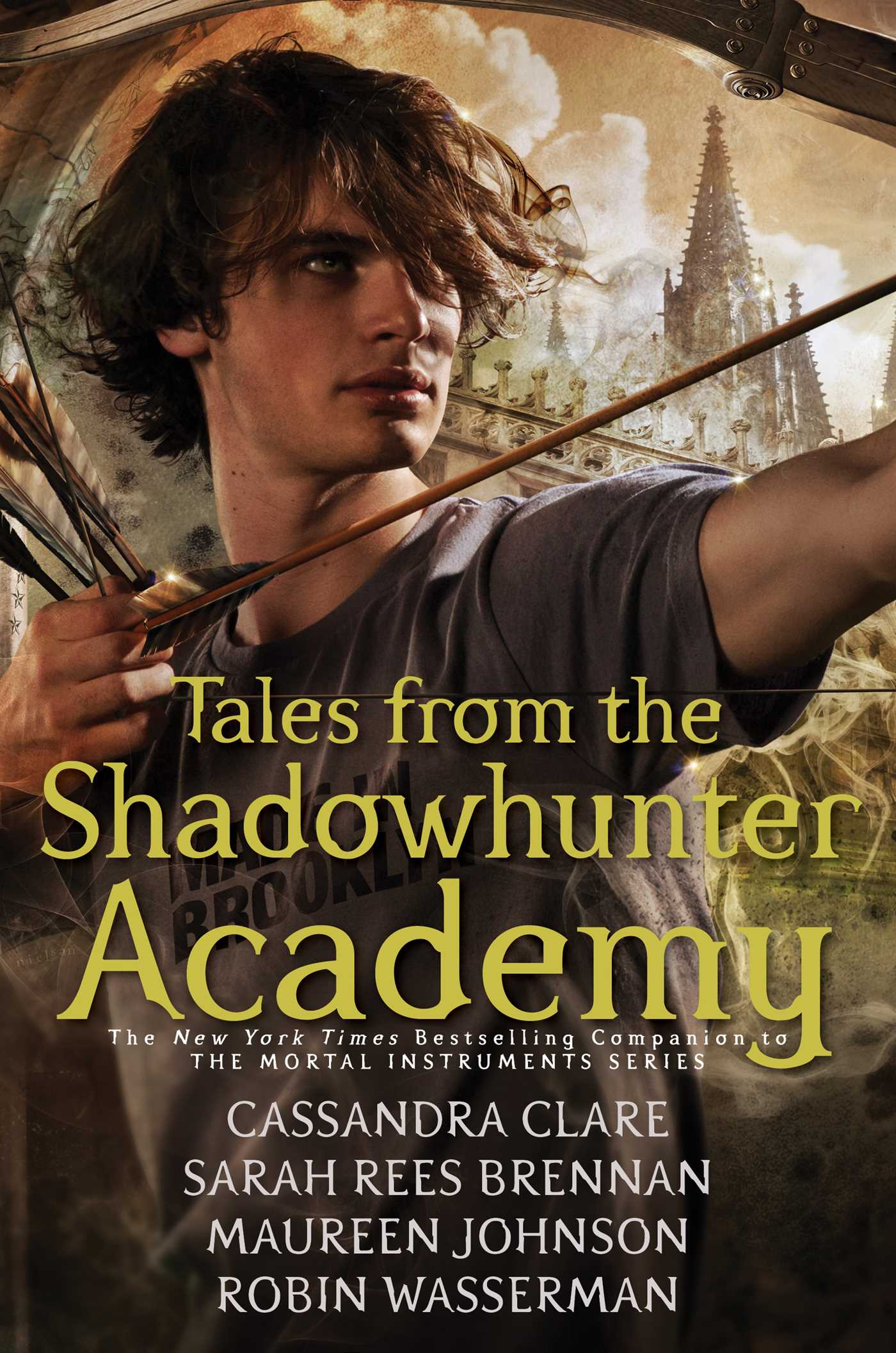 Tales from the Shadowhunter Academy

The New York Times and USA TODAY bestselling collection of short stories written by Cassandra Clare, Sarah Rees Brennan, Maureen Johnson, and Robin Wasserman, chronicling the adventures of Simon Lewis as he trains to become a Shadowhunter is now available in print for the first time with ten brand-new comic illustrations.

Simon Lewis has been a human and a vampire, and now he is becoming a Shadowhunter. The events of City of Heavenly Fire left him stripped of his memories, and Simon isn’t sure who he is anymore. So when the Shadowhunter Academy reopens, Simon throws himself into this new world of demon-hunting, determined to find himself again. Whomever this new Simon might be.

But the Academy is a Shadowhunter institution, which means it has some problems. Like the fact that non-Shadowhunter students have to live in the basement. At least Simon’s trained in weaponry—even if it’s only from hours of playing D&D.

Join Simon on his journey to become a Shadowhunter, and learn about the Academy’s illustrious history along the way, through guest lecturers such as Jace Herondale, Tessa Gray, and Magnus Bane. Written by Cassandra Clare, Sarah Rees Brennan, Maureen Johnson, and Robin Wasserman, these moving and hilarious short stories are perfect for the fan who just can’t get enough of the Shadowhunters.

How Well Do You Know Isabelle Lightwood?
Emily Ritter December 6, 2019

How Well Do You Know the Shadowhunters Short Story Collections?
Emily Ritter November 15, 2019

5 Ways You Can Meet the Characters from the New Shadowhunters Trilogy RIGHT NOW
Emily Ritter September 27, 2019
See All Posts