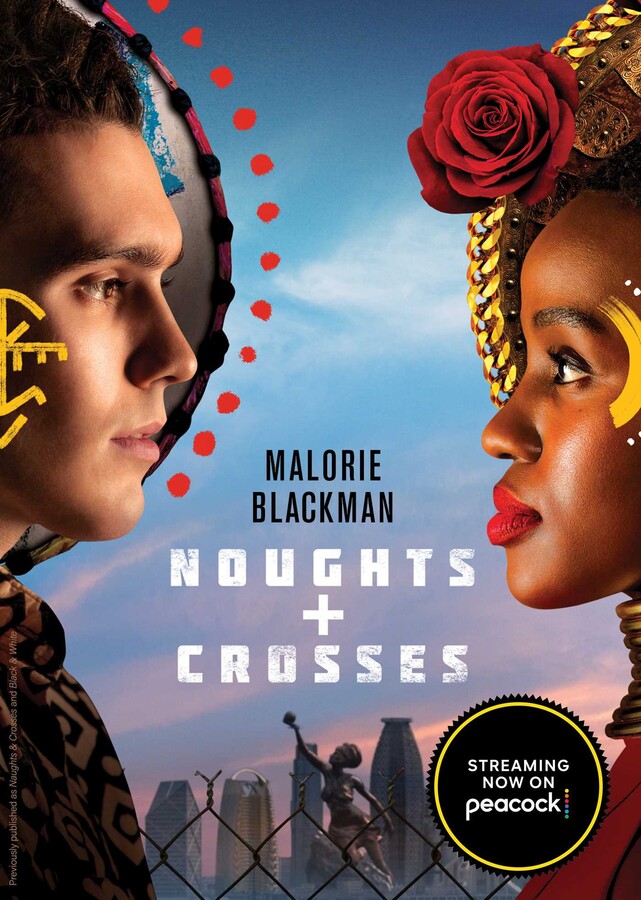 Sephy is a Cross: dark-skinned and beautiful, she lives a life of privilege and power. But she’s lonely, and she burns with injustice at the world she sees around her.

Callum is a nought: pale-skinned and poor, he’s considered to be less than nothing, there to serve Crosses, but he dreams of a better life.

They’ve been friends since they were children, and they both know that’s as far as it can ever go. Noughts and Crosses are fated to be bitter enemies—love is out of the question.

Then—in spite of a world that is fiercely against them—these star-crossed lovers choose each other.

But it comes at a price and as they prepare to protect themselves and their love, they realize that the cost will lead both of them into terrible danger…and will have shocking repercussions for generations to come.

YA Books Being Made into Movies That You Need to Read ASAP
The Riveted Team October 13, 2020