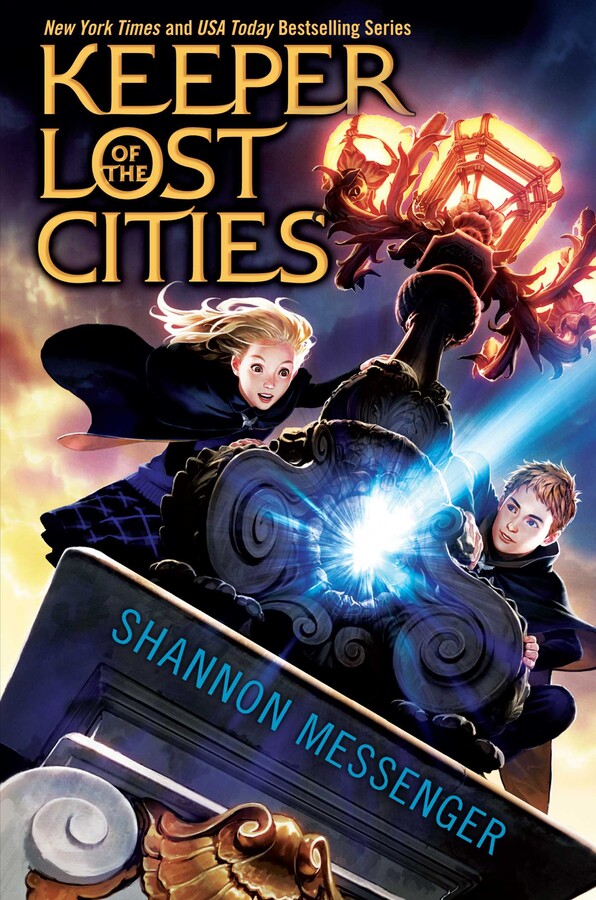 Keeper of the Lost Cities

In this riveting series opener, a telepathic girl must figure out why she is the key to her brand-new world before the wrong person finds the answer first.

Twelve-year-old Sophie has never quite fit into her life. She’s skipped multiple grades and doesn’t really connect with the older kids at school, but she’s not comfortable with her family, either. And Sophie has a secret—she’s a Telepath, someone who can read minds. But the day Sophie meets Fitz, a mysterious (and adorable) boy, she learns she’s not alone. He’s a Telepath too, and it turns out the reason she has never felt at home is that, well…she isn’t. Fitz opens Sophie’s eyes to a shocking truth, and almost instantly she is forced to leave behind her family for a new life in a place that is vastly different from what she has ever known.
But Sophie still has secrets, and they’re buried deep in her memory for good reason: The answers are dangerous and in high-demand. What is her true identity, and why was she hidden among humans? The truth could mean life or death—and time is running out.