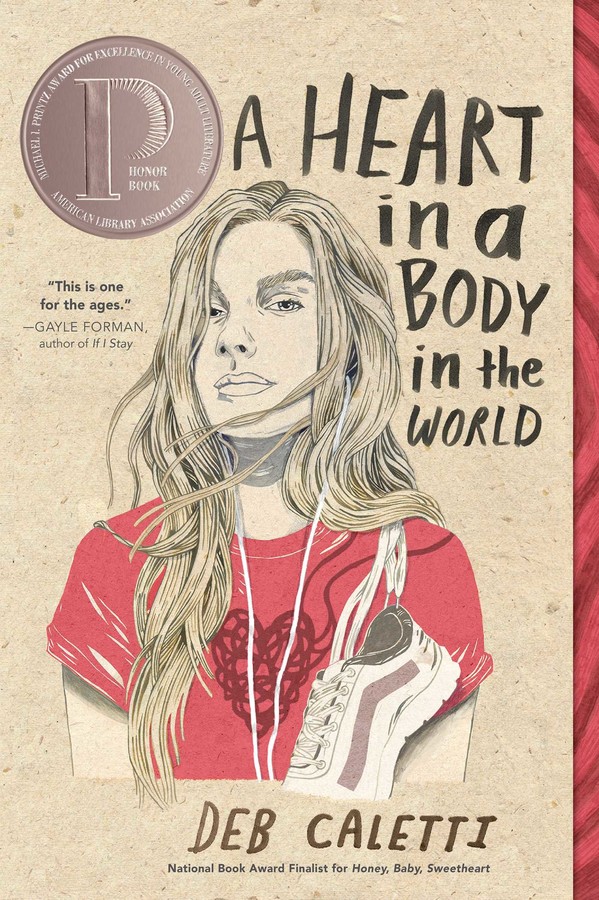 A Heart in a Body in the World

“The title of Deb Caletti’s masterful new book is apt. You feel your own heart expanding in your chest as you come to understand just why Annabelle is running. This novel is full of sorrow and rage, but also beauty and hope and so, so much wisdom. Annabelle's story will resonate deeply with so many women that it’s tempting to call it a novel of the time. But really, this is one for the ages.” - Gayle Forman, author of the #1 bestseller If I Stay

"Deb Caletti is the kind of writer who can effortlessly unite laughter and tragedy in one sentence...in fact, in almost every sentence. A Heart in a Body in the World is more than bittersweet. It is so authentic in its moments of grief, so witty and clear-eyed in its moments of hopefulness--and so true to its hero's voice--that it will nestle inside your brain as well as your heart." - Jodi Lynn Anderson, award-winning author of Midnight at the Electric

A girl tries to outrun her demons in this searing, universal novel about the impact of gun violence, everyday sexism, rape culture, and internalizing—and overcoming—guilt from National Book Award finalist Deb Caletti.

When everything has been taken from you, what else is there to do but run?

So that’s what Annabelle does—she runs from Seattle to Washington, DC, through mountain passes and suburban landscapes, from long lonely roads to college towns. She’s not ready to think about the why yet, just the how—muscles burning, heart pumping, feet pounding the earth. But no matter how hard she tries, she can’t outrun the tragedy from the past year, or the person—The Taker—that haunts her.

Followed by Grandpa Ed in his RV and backed by her brother and two friends (her self-appointed publicity team), Annabelle becomes a reluctant activist as people connect her journey to the trauma from her past. Her cross-country run gains media attention and she is cheered on as she crosses state borders, and is even thrown a block party and given gifts. The support would be nice, if Annabelle could escape the guilt and the shame from what happened back home. They say it isn’t her fault, but she can’t feel the truth of that.

Through welcome and unwelcome distractions, she just keeps running, to the destination that awaits her. There, she’ll finally face what lies behind her—the miles and love and loss…and what is to come.

Pick a Self-Isolation Activity and Get an Audiobook Recommendation
Emily Polson March 30, 2020

What is Your Element Telling You to Read?
Thandi Jackson March 17, 2020

Pick a Self-Isolation Activity and Get an Audiobook Recommendation