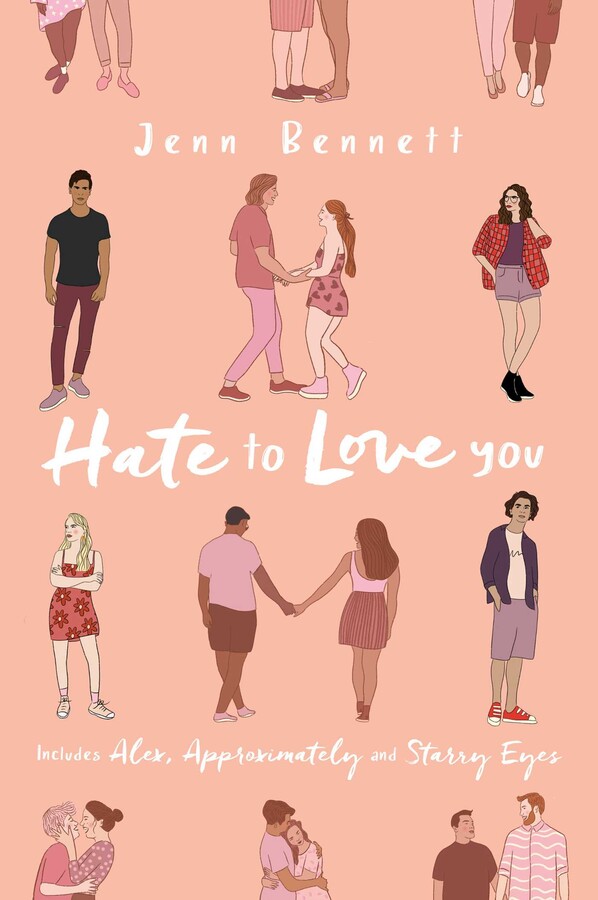 Hate to Love You

When the guy you’re meant to be with is your worst enemy, things can get a little…complicated. Especially for Bailey in Alex, Approximately after she falls for a sensitive film geek she only knows online as “Alex.” It also just so happens that Bailey is moving to California—to the same coastal town as her online crush—and yet she is too afraid to tell Alex she’s moved to his hometown. Or that she’s landed a job where she’s being tormented daily by her coworker: smart-alecky yet irritatingly hot surfer boy Porter Roth. But what Bailey doesn’t know is that Porter isn’t just any local surfer dude. Porter Roth is Alex…approximately.

Trapped in the wilderness with the boy who broke your heart isn’t an ideal situation for anyone. And in Starry Eyes, it was definitely not what Zorie had planned for a camping trip. Abandoned by her friends with only her ex-boyfriend Lennon for company, the two have no choice but to hash out their issues via witty jabs and insults as they try to make their way to safety. But as the duo travels deeper into California’s rugged backcountry, secrets and hidden feelings surface. Turns out the magic of the twinkling stars might be the key to getting Zorie and Lennon back together—or the last straw to tear them apart for good.

Jenn Bennett’s popular hate-to-love romances are here to prove that sometimes the one person you can’t stand is actually the person of your dreams—you just might not know it yet.

Your First Look at All the Covers for Our Summer 2021 YA Books
The Riveted Team December 19, 2020