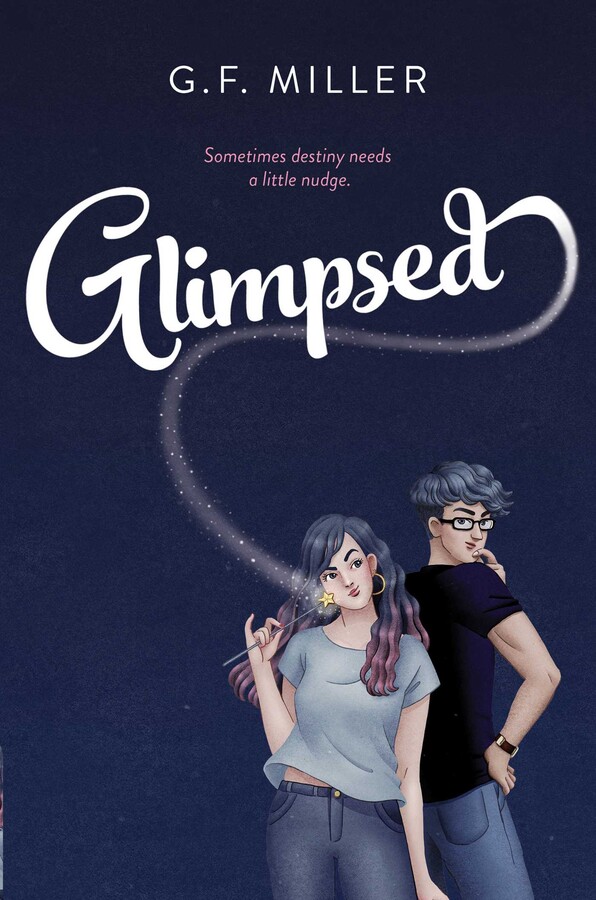 Perfect for fans of Geekerella and Jenn Bennett, this charming, sparkly rom-com follows a wish-granting teen forced to question if she’s really doing good—and if she has the power to make her own dreams come true.

Charity is a fairy godmother. She doesn’t wear a poofy dress or go around waving a wand, but she does make sure the deepest desires of the student population at Jack London High School come true. And she knows what they want even better than they do because she can glimpse their perfect futures.

But when Charity fulfills a glimpse that gets Vindhya crowned homecoming queen, it ends in disaster. Suddenly, every wish Charity has ever granted is called into question. Has she really been helping people? Where do these glimpses come from, anyway? What if she’s not getting the whole picture?

Making this existential crisis way worse is Noah—the adorkable and (in Charity’s opinion) diabolical ex of one of her past clients—who blames her for sabotaging his prom plans and claims her interventions are doing more harm than good. He demands that she stop granting wishes and help him get his girl back. At first, Charity has no choice but to play along. But soon, Noah becomes an unexpected ally in getting to the bottom of the glimpses. Before long, Charity dares to call him her friend…and even starts to wish he were something more. But can the fairy godmother ever get the happily ever after?