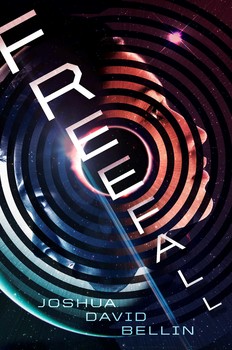 In the Upperworld, the privileged 1% are getting ready to abandon a devastated planet Earth. And Cam can’t wait to leave. After sleeping through a 1,000-year journey, he and his friends will have a pristine new planet to colonize. And no more worries about the Lowerworld and is 99% of rejects.

Then Cam sees a banned video feed of protesters in the Lowerworld who also want a chance at a new life. And he sees a girl with golden eyes who seems to be gazing straight though the feed directly at him. A girl he has to find. Sofie.

When Cam finds Sofie, she opens his eyes to the unfairness of what’s happening in their world, and Cam joins her cause for Lowerworld rights. He also falls hard for Sofie. But Sofie has her own battles to fight, and when it’s time to board the spaceships, Cam is alone.

Waking up 1,000 years in the future, Cam discovers that he and his shipmates are far off-course, trapped on an unknown and hostile planet. Who has sabotaged their ship? And does it have anything to do with Sofie, and the choices—and the enemies—he made in the past?

15 Standalone Novels You Can Read in One Sitting
Nicole Fiorica March 25, 2020

Pick Your Fave Character from Little Women and Get a Book Recommendation!

15 Standalone Novels You Can Read in One Sitting

Every Book You Can Read FOR FREE on Riveted by Simon Teen RIGHT NOW!

15 Standalone Novels You Can Read in One Sitting