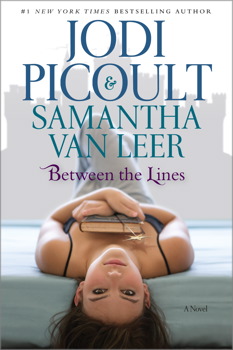 In this delightful companion novel to Off the Page, #1 New York Times bestselling authors Jodi Picoult and her daughter and cowriter, Samantha van Leer, present a novel filled with romance, adventure, and humor in a story you’ll never forget.

What happens when happily ever after…isn’t?

Delilah is a bit of a loner who prefers spending her time in the school library with her head in a book—one book in particular. Between the Lines may be a fairy tale, but it feels real. Prince Oliver is brave, adventurous, and loving. He really speaks to Delilah.

And then one day Oliver actually speaks to her. Turns out, Oliver is more than a one-dimensional storybook prince. He’s a restless teen who feels trapped by his literary existence and hates that his entire life is predetermined. He’s sure there’s more for him out there in the real world, and Delilah might just be his key to freedom.

A romantic and charming story, this companion novel to Off the Page will make every reader believe in the fantastical power of fairy tales.

YA Books Being Made into Movies That You Need to Read ASAP
The Riveted Team March 1, 2020