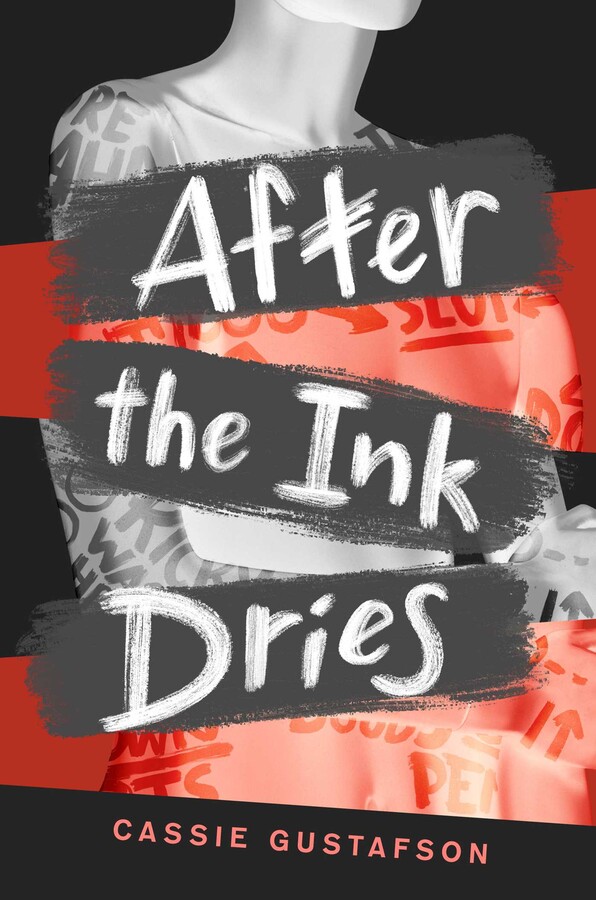 After the Ink Dries

Sixteen-year-old Erica Walker is a webcomic artist who wants to fit in at her affluent new high school. Seventeen-year-old Thomas VanBrackel is an aspiring songwriter and reluctant lacrosse goalie who wants out from under his father’s thumb. After their electric first kiss at Saturday’s lacrosse match, Erica and Thomas are both elated to see where their new relationship could take them.

The next morning, however, following a drunken house party, Erica wakes up half-clothed, and discovers words and names drawn in Sharpie in intimate places on her body—names belonging to Thomas’s lacrosse friends, including the boyfriend of Erica’s best friend. Devastated, Erica convinces herself Thomas wasn’t involved in this horrific so-called “prank”…until she discovers Thomas’s name on her skin, too.

Told in alternating viewpoints, Erica seeks to uncover what happened while battling to keep evidence of her humiliation from leaking out, as Thomas grapples with his actions and who he thought he was. Woven throughout, illustrated graphic novel interstitials depict Erica’s alter ego superhero, Erica Strange, whose courage just might help Erica come through to the other side. Your First Look at All the Covers for Our Summer 2021 YA Books
The Riveted Team February 15, 2021