August is coming and summer is winding down but don’t worry, Riveted Summer continues! Now that you’ve found yourself with our Summer of Self Discovery, it’s time to gallivant around the city with Riveted’s Summer in New York! Whether you choose to lounge around in Central Park, walk the High Line, or take pictures on the Brooklyn Bridge, there’s something special about New York City in the summertime. There’s no more magical or exciting place to be (we’re definitely not biased or anything because Riveted’s headquarters is here..)!

For the next two weeks, we’ll be following characters around the various Burroughs, and even traveling to the past! The New York setting brings together these six exciting novels for the perfect summer reads. Prepare for a virtual tour of New York’s past and present, and enjoy everything the city has to offer. It’s all just a page turn away!

Find out more about our Summer in New York reads:

Stop the Magician.
Steal the book.
Save the future.

Esta is a talented thief, and she's been raised to steal magical artifacts from the sinister Order that created the Brink. With her innate ability to manipulate time, Esta can pilfer from the past, collecting these artifacts before the Order even realizes she’s there. And all of Esta’s training has been for one final job: traveling back to 1901 to steal an ancient book containing the secrets of the Order—and the Brink—before the Magician can destroy it and doom the Mageus to a hopeless future.

But Old New York is a dangerous world ruled by ruthless gangs and secret societies, a world where the very air crackles with magic. Nothing is as it seems, including the Magician himself. And for Esta to save her future, she may have to betray everyone in the past.

Pretty in Pink comes to the South Bronx in this bold and romantic coming-of-age novel about dysfunctional families, good and bad choices, and finding the courage to question everything you ever thought you wanted—from debut author Lilliam Rivera.

Things/People Margot Hates:
• Mami, for destroying her social life
• Papi, for allowing Junior to become a Neanderthal
• Junior, for becoming a Neanderthal
• The supermarket
• Everyone else

With each order of deli meat she slices, Margot can feel her carefully cultivated prep school reputation slipping through her fingers, and she’s willing to do anything to get out of this punishment. Lie, cheat, and maybe even steal…

Margot’s invitation to the ultimate beach party is within reach and she has no intention of letting her family’s drama or Moises—the admittedly good looking but outspoken boy from the neighborhood—keep her from her goal. 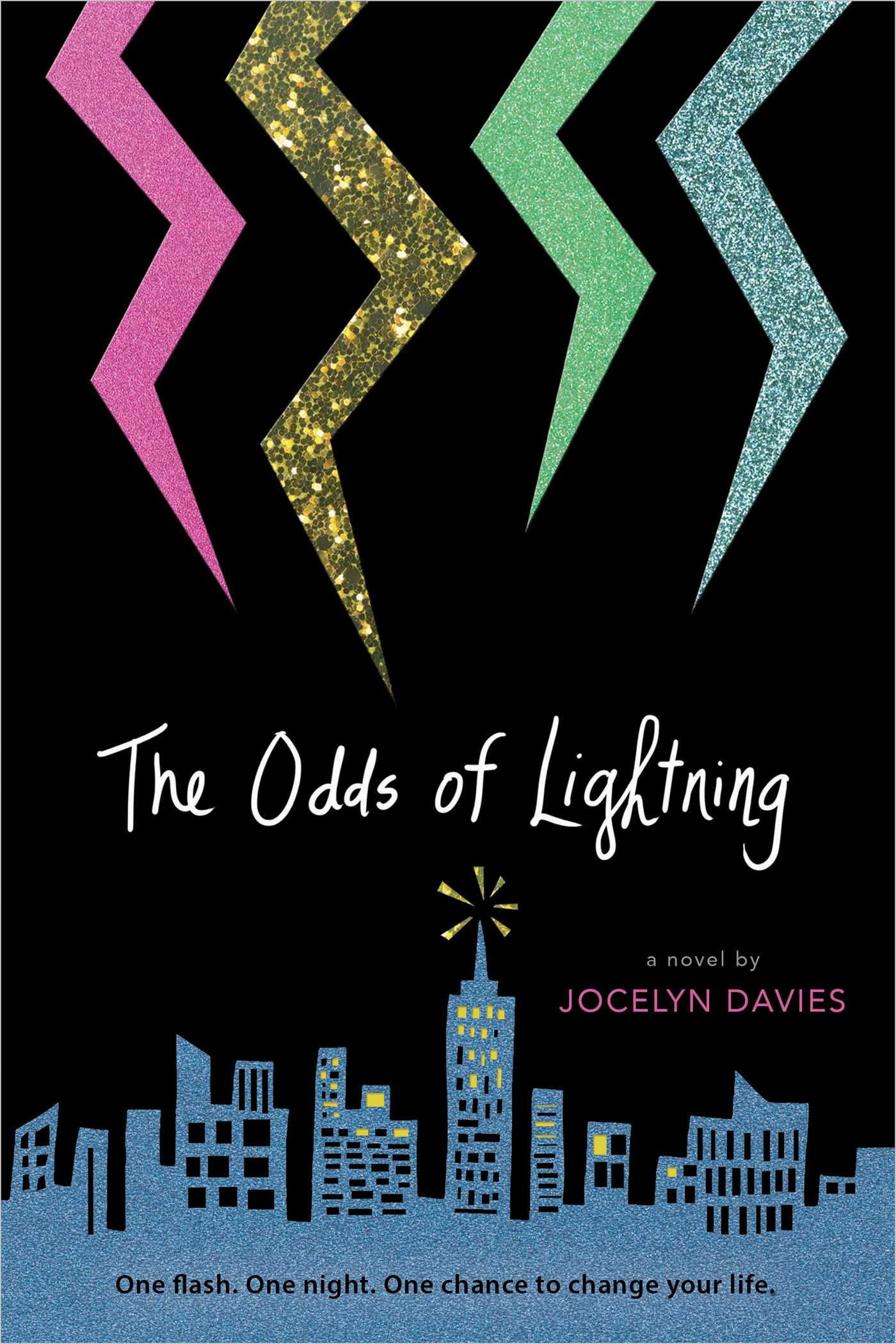 The Odds of Lightningby Jocelyn Davies

A bolt of lightning inspires an incredible journey in this charming, magical realism adventure that takes four teens on an all-night journey through the streets of New York City.

Extraordinary things happen when we least expect them.

Tiny, Lu, Will and Nathaniel used to be best friends. Then life-defining events the summer before high school tore them apart. Now, three years later, they hardly talk anymore. Nathaniel has become obsessed with winning the prestigious science scholarship that his genius older brother once won. Will has risen from anonymity to popular soccer star. Lu grew into a brash, impetuous actress. And shy, poetic Tiny has slowly been fading away.

But fate weaves their lives together again the night before the SATs, during a wild thunderstorm that threatens to shut down New York City. And lightning strikes.

Before they know what's hit them, the four teens embark on an epic all-night adventure to follow their dreams, fall in and out of love, reconcile the past, and overcome the fears that have been driving them since that one lost summer. And by the time the sun rises, odds are they’ll discover that there’s a fine line between science and magic, and that the mysteries of love and friendship can’t be explained. 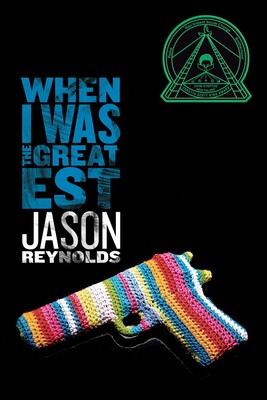 When I Was the Greatestby Jason Reynolds

In Bed Stuy, New York, a small misunderstanding can escalate into having a price on your head—even if you’re totally clean. This gritty, triumphant debut that Publishers Weekly calls “a funny and rewarding read” captures the heart and the hardship of life for an urban teen.

A lot of the stuff that gives my neighborhood a bad name, I don’t really mess with. The guns and drugs and all that, not really my thing.

Nah, not his thing. Ali’s got enough going on, between school and boxing and helping out at home. His best friend Noodles, though. Now there’s a dude looking for trouble—and, somehow, it’s always Ali around to pick up the pieces. But, hey, a guy’s gotta look out for his boys, right? Besides, it’s all small potatoes; it’s not like anyone’s getting hurt.

And then there’s Needles. Needles is Noodles’s brother. He’s got a syndrome, and gets these ticks and blurts out the wildest, craziest things. It’s cool, though: everyone on their street knows he doesn’t mean anything by it. 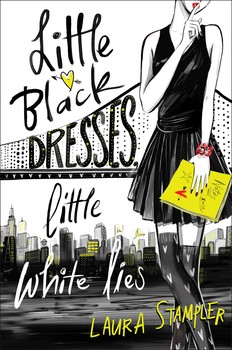 The Devil Wears Prada meets Sex and the City in a wickedly funny debut novel about a girl who lands a dream internship at a magazine in New York City. If only she hadn’t lied about being a dating expert on her resume…

Harper Anderson has always thought she should have been born somewhere more glamorous than her sleepy Northern California suburb. After all, how many water polo matches and lame parties in Bobby McKittrick’s backyard can one girl take?

Already resigned to working at a Skinny B’s Juice Press for the summer, Harper is shocked when the ultra-prestigious teen magazine, Shift, calls to say they want her to be their teen dating blogger for the summer. All she needs to do is get her butt to New York in two days.

There’s just one teeny, tiny problem: Apart from some dance floor make-outs, Harper doesn’t have a whole lot of dating experience. So when Shift’s application asked for an “edgy” personal essay, Harper might have misappropriated her best friend’s experiences for her own. But she can just learn on the job...right? Will the house of lies Harper has built around her dream job collapse all around her, or will she be able to fake it until she makes it in the big city? 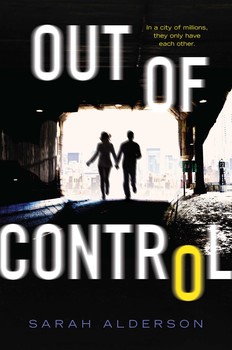 Out of Controlby Sarah Alderson

A girl looking to escape her past in New York City only to end up on the run from a dangerous conspiracy in this sizzling, high-stakes novel.

When seventeen-year-old Liva came to New York City, all she wanted was to escape the painful memories of her past and finally find a fresh start. Her hopes for a new future were dashed the moment she became the sole witness to a brutal murder. When she’s taken into police custody—supposedly for her own protection—she realizes something isn’t right, but it’s too late. Soon, bullets start flying, and Liva realizes that she is not just a witness, but the target—and she needs to escape before it’s too late.

With the help of a sexy car thief that she met at the station, Liva manages to get away from the massacre unharmed, but now the two of them are alone in New York, trying to outrun and outwit the two killers who will stop at nothing to find them. Liva and Jay are living on the edge, but when you’re on the edge, there’s a long way to fall.

New York City Locations in The Truth of Right Now