Three years ago, I got the chance of a lifetime: to spend ten months living in England. Ever since I was a kid, I’ve been obsessed with all things English. It started when I first read Harry Potter and only grew as I got older. As a teenager, I watched as much Doctor Who and Skins as I could, trying to get a taste of what it was really like to live in England (minus the aliens in Doctor Who, of course). Studying Abroad for ten months is a long time to be away from home, but I jumped at the chance and it was one of the best times of my life. Still, I found myself longing for some reminders of home. Since Sherlock is a key component of English culture, I found myself turning to retellings such as Lock & Mori, to make me feel at home walking around Baker Street (because no one bats an eye. Returning home after those amazing ten months was hard, but I was able to find a bit of my foreign home in YA books.  But when I returned home, they had the added bonus of reminding me of my time abroad.Needless to say, books set in England are some of my favorites, so I created a list of some of my favorites to share with you!

Check out the list below and if you’re still craving a little bit of England, Lock & Mori is available as a Free Read until July 17th! 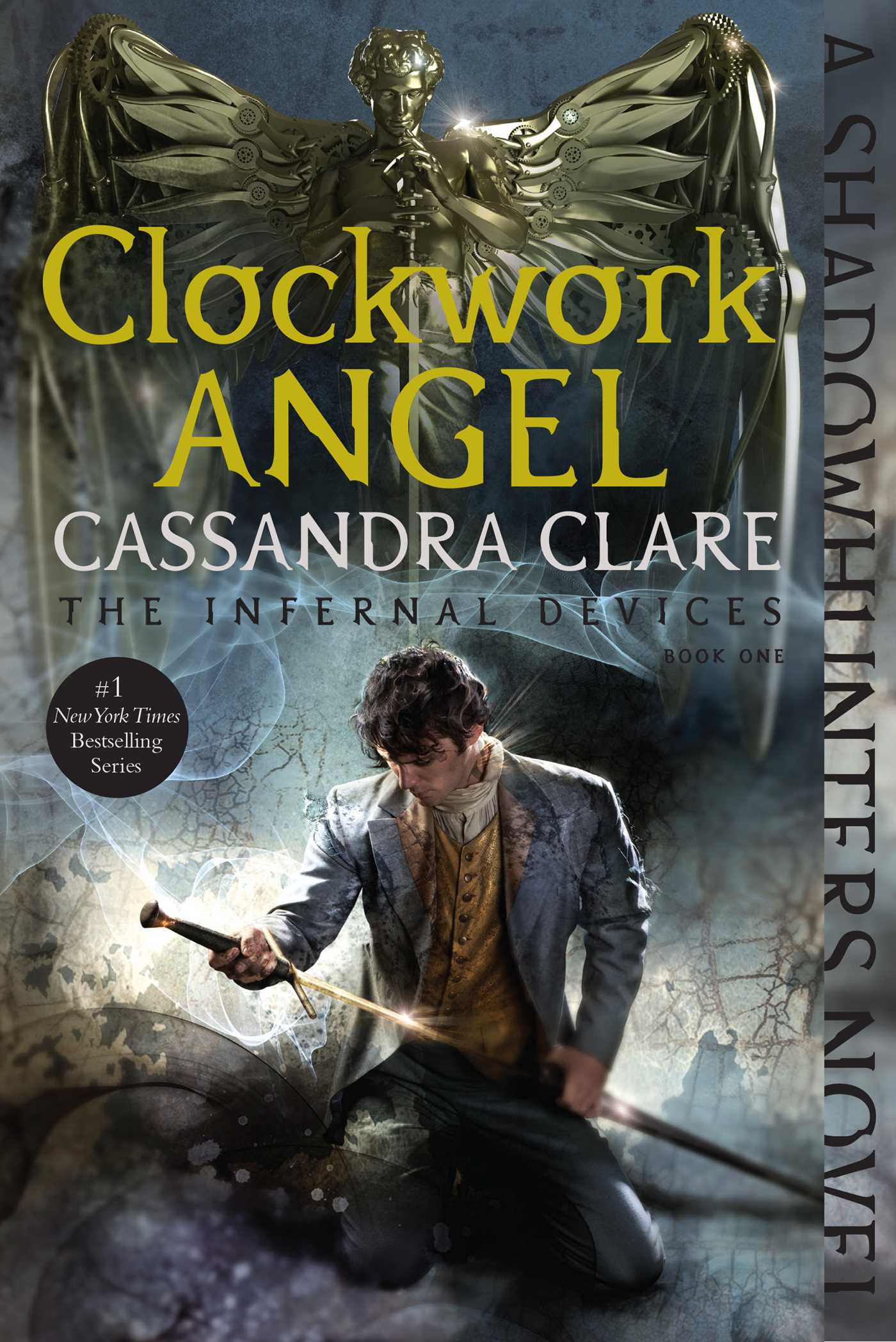 In a time when Shadowhunters are barely winning the fight against the forces of darkness, one battle will change the course of history forever. Welcome to the Infernal Devices trilogy, a stunning and dangerous prequel to the New York Times bestselling Mortal Instruments series.

The year is 1878. Tessa Gray descends into London’s dark supernatural underworld in search of her missing brother. She soon discovers that her only allies are the demon-slaying Shadowhunters—including Will and Jem, the mysterious boys she is attracted to. Soon they find themselves up against the Pandemonium Club, a secret organization of vampires, demons, warlocks, and humans. Equipped with a magical army of unstoppable clockwork creatures, the Club is out to rule the British Empire, and only Tessa and her allies can stop them... The Name of the Starby Maureen Johnson

Jack the Ripper is back, and he's coming for Rory next....

Louisiana teenager Rory Deveaux arrives in London to start a new life at boarding school just as a series of brutal murders mimicking the horrific Jack the Ripper killing spree of more than a century ago has broken out across the city. The police are left with few leads and no witnesses. Except one. Rory spotted the man believed to be the prime suspect. But she is the only one who saw him—the only one who can see him. And now Rory has become his next target...unless she can tap her previously unknown abilities to turn the tables. Frances Janvier spends most of her time studying. When she’s not studying, she’s up in her room making fan art for her favorite podcast, Universe City.
When Frances gets a message from Radio Silence asking if she’ll collaborate with him, everything changes. Faith Sunderly leads a double life. To most people, she is modest and well mannered—a proper young lady who knows her place. But inside, Faith is burning with questions and curiosity. She keeps sharp watch of her surroundings and, therefore, knows secrets no one suspects her of knowing—like the real reason her family fled Kent to the close-knit island of Vane. And that her father’s death was no accident. Henrietta Howel can burst into flames. When she is brought to London to train with Her Majesty's sorcerers, she meets her fellow sorcerer trainees, young men eager to test her powers and her heart. Sunny Los Angeles can be a dark place indeed in Cassandra Clare’s Lord of Shadows, the sequel to the #1 New York Times and USA TODAY bestselling Lady Midnight. Lord of Shadows is a Shadowhunters novel.

And the faerie courts are not silent. The Unseelie King is tired of the Cold Peace, and will no longer concede to the Shadowhunters’ demands. Caught between the demands of faerie and the laws of the Clave, Emma, Julian, and Mark must find a way to come together to defend everything they hold dear—before it’s too late. Nicu has emigrated from Romania and is struggling to find his place in his new home. Meanwhile, Jess's home life is overshadowed by violence. When Nicu and Jess meet, what starts out as friendship grows into romance as the two bond over their painful pasts and hopeful futures. Ginny Blackstone never thought she d spend her summer vacation backpacking across Europe. But that was before she received the first little blue envelope from Aunt Peg.

This letter was different from Peg's usual letters for two reasons:

1. Peg had been dead for three months.

2. The letter included $1000 cash for a passport and a plane ticket.

Armed with instructions for how to retrieve twelve other letters Peg wrote twelve letters that tell Ginny where she needs to go and what she needs to do when she gets there Ginny quickly finds herself swept away in her first real adventure. Traveling from London to Edinburgh to Amsterdam and beyond, Ginny begins to uncover stories from her aunt's past and discover who Peg really was. But the most surprising thing Ginny learns isn't about Peg . . . it's about herself.

Everything about Ginny will change this summer, and it's all because of the 13 little blue envelopes. The Art of Being Normalby Lisa Williamson

David Piper has always been an outsider. His parents think he's gay. The school bully thinks he's a freak. Only his two best friends know the real truth: David wants to be a girl.
On the first day at his new school Leo Denton has one goal: to be invisible. Attracting the attention of the most beautiful girl in his class is definitely not part of that plan. When Leo stands up for David in a fight, an unlikely friendship forms. But things are about to get messy. Because at Eden Park School secrets have a funny habit of not staying secret for long, and soon everyone knows that Leo used to be a girl.
As David prepares to come out to his family and transition into life as a girl and Leo wrestles with figuring out how to deal with people who try to define him through his history, they find in each other the friendship and support they need to navigate life as transgender teens as well as the courage to decide for themselves what normal really means. Kell is one of the last Antari—magicians with a rare, coveted ability to travel between parallel Londons; Red, Grey, White, and, once upon a time, Black.

8 Things You Need to Know About Kiersten White’s New…

I Solemnly Swear That I am Up to No Good:…