I’m such a huge fan of Pacific Northwest Stories, but I have to admit I’m getting pretty impatient for Season 3 of The Black Tapes.

For those of you who aren’t familiar with Pacific Northwest Radio, it’s a “news source” that’s actually completely fictional, and models itself after NPR. They currently have two horror podcasts, though they only work on one at a time. The original podcast, The Black Tapes, follows Dr. Richard Strand, a skeptic who’s so sure nothing outside of this world exists (nothing paranormal, no ghosts, God or aliens) that he’s offered a million dollar reward to anyone who can provide indisputable proof. Interested by this proposition, Pacific Northwest Radio reporter Alex Regan contacts Dr. Strand, and begins looking into the stories he hasn’t been able to expose as hoaxes.

After two excellent and really, really scary seasons of The Black Tapes, PNR decided to launch a second podcast called Tanis. It’s very similar, but hosted by Nic Silver. It seeks to expose the myth of Tanis, using everything from hacking to Blair Witch Project style explorations. It’s creepy, super interesting, and the mystery is compelling.

While I’m very much impatiently waiting for The Black Tapes to (hopefully, maybe, one day) return, here are some books that have helped fill the void. Do you have any other suggestions? Let me know in the comments! Five years ago, Abby Booth’s mom, co-host of a ghost hunting reality show, went missing while filming in a ‘haunted’ cave in Arizona. Since then, Abby’s life has all but fallen to pieces, most notably because of her dad’s deep depression and how they’ve drifted further and further apart. But now, at seventeen, Abby has decided that things will change. She plans to go to the same cave where her mom and the crew went missing and to find out, once and for all, what happened there.
Start reading it now! 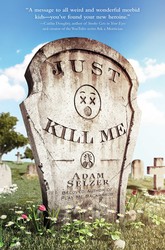 When the last letters in her alphabet cereal are D, I, and E, she doesn’t crawl right back into bed.

When her online girlfriend won’t text a photo, she just sends more of herself.

And when she realizes that Cynthia, her boss at a Chicago ghost tour company, isn’t joking about making stops more haunted by euthanizing people there, she doesn’t quit her job—she may even help.

But soon she learns people in the murdermonger industry are being murdered, and doesn’t know who it is doing it. Could it be the head of the rival tour company? Or could it be someone near and dear to Megan?

After she realizes she has an uncanny resemblance to a flapper who disappeared in 1922, Megan receives a warning she can’t ignore: the next ghost on the tour might be her…

Years ago, when House of Leaves was first being passed around, it was nothing more than a badly bundled heap of paper, parts of which would occasionally surface on the Internet. No one could have anticipated the small but devoted following this terrifying story would soon command.

Now, for the first time, this astonishing novel is made available in book form, complete with the original colored words, vertical footnotes, and newly added second and third appendices.

The story remains unchanged, focusing on a young family that moves into a small home on Ash Tree Lane where they discover something is terribly wrong: their house is bigger on the inside than it is on the outside.

Of course, neither Pulitzer Prize-winning photojournalist Will Navidson nor his companion Karen Green was prepared to face the consequences of that impossibility, until the day their two little children wandered off and their voices eerily began to return another story—of creature darkness, of an ever-growing abyss behind a closet door, and of that unholy growl which soon enough would tear through their walls and consume all their dreams. Danny was only five years old but in the words of old Mr Halloran he was a 'shiner', aglow with psychic voltage. When his father became caretaker of the Overlook Hotel his visions grew frighteningly out of control.

As winter closed in and blizzards cut them off, the hotel seemed to develop a life of its own. It was meant to be empty, but who was the lady in Room 217, and who were the masked guests going up and down in the elevator? And why did the hedges shaped like animals seem so alive?

Somewhere, somehow there was an evil force in the hotel - and that too had begun to shine... 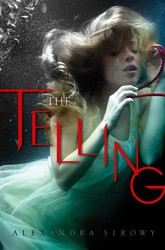 A chilling new novel about a girl who must delve into her past if she wants to live long enough to have a future when a series of murders that are eerily similar to the dark stories her brother used to tell start happening in her hometown.

Lana used to know what was real. That was before, when her life was small and quiet. Her golden stepbrother, Ben was alive. She could only dream about bonfiring with the populars. Their wooded island home was idyllic, she could tell truth from lies, and Ben’s childhood stories were firmly in her imagination.

After has Lana boldly kissing her crush, jumping into the water from too high up, living with nerve and mischief. But after also has horrors, deaths that only make sense in fairy tales, and terrors from a past Lana thought long forgotten. Love, blood, and murder.