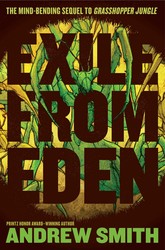 All he has are mysterious letters from Breakfast, a naked, wild boy traveling the countryside with his silent companion, Olive. Together, Arek and his best friend Mel, who stowed away in his van, navigate their way through the ravaged remains of the outside world.

This long-awaited sequel to the irreverent, groundbreaking Printz Honor Book Grasshopper Jungle is stunning, compelling, and even more hilarious and beautifully bizarre than its predecessor.

What Book Should You Read Based on Your Favorite TikTok Trend?
Devin MacDonald December 17, 2019
See All Posts

What Book Should You Read Based on Your Favorite TikTok Trend?